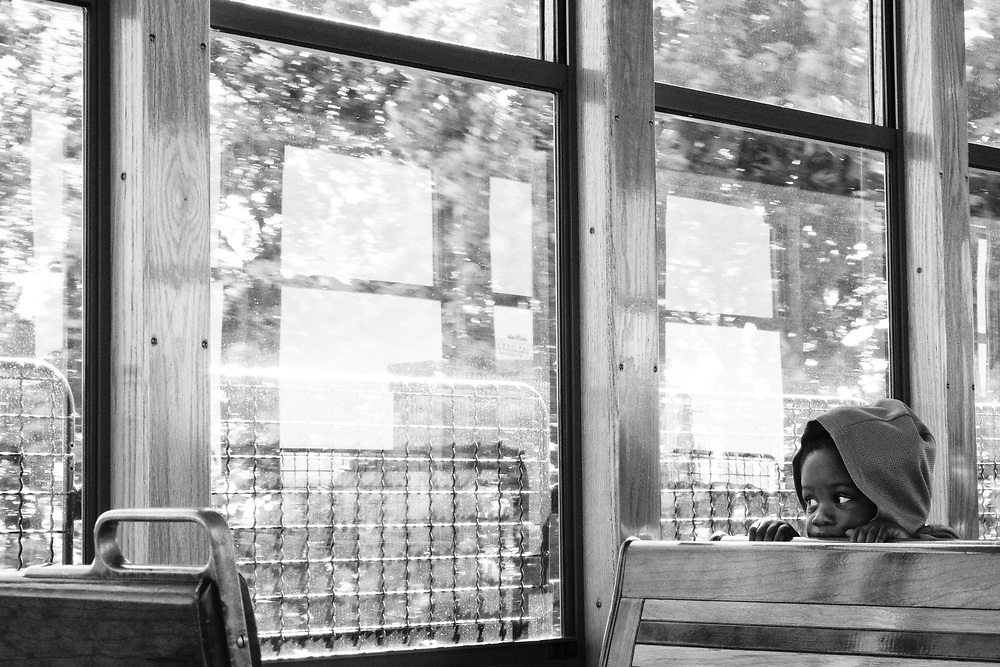 The Birthright of Whiteness

Just outside Little Rock, a paved walking trail runs, east to west, alongside the southern bank of the Arkansas River. As the trail arrives at the base of the Big Dam Bridge – the creatively banal name for a bridge over a big dam on the river – it begins a steep climb to the west. About 250 yards up the incline, the path veers north and crosses the river.

A small plaque is fastened to the railing near the top of the ascent, just out of the pedestrian’s line of sight, marking the sparsely wooded area below, where kudzu chokes out the last vestiges of a farm owned and operated by freed slaves.

One day, I was running up the trail, and stopped when I saw the plague; I leaned on the railing to imagine the scene below.

Black women bounce with hope as they wear a path from garden to kitchen. Tucked into each woman’s hip is a basket overflowing with fresh turnips, okra, cabbage, and potatoes.

Older children huddle together and teach one another to read and write and count.

I imagine a Black community, basking in the warm glow of freedom, each man and woman choosing for themselves what next to do or who they would be.

My vision of this community comes from the version of history I was taught, a history in which emancipation marked the bright and cheerful end of something horrible. A history where, overnight, slavery was swept away and all was forgiven and healed.

My vision is little more than treacle.

These fantastical white myths of the Black man’s tranquil and idyllic post-slavery life dissipated into reality just a few pages into Toni Morrison’s “Beloved.” Emancipation, I came to see, was not an end.

It was another dark beginning.

In 1927, a mob of thousands of Little Rocks’ white residents – many of whose grandkids run the city today and sit in the Arkansas legislature – lynched John Carter, a young black man with a cognitive impairment.

From the few photos available, it is distinctly possible that he had Down syndrome.

They hung him from a telephone pole, then tore his body down, riddled it with bullets, dragged him through the streets of Little Rock, tore his arms and legs from his body, finally burning it on furniture they ripped from nearby Black churches.

John Carter committed no crime; he was the victim of a white mob that sought to avenge their own failure to lynch a different Black man, one who they imagined killed a little white girl.

His brutal lunching was meant to deliver a message from white America to Black America: fear us.

The lynching of John Carter was so horrific that on the eve of the military’s desegregation of Little Rock’s Central High School a quarter century later, the Black community still flinched from its sting.

The book “Beloved” compels the white reader to stand at ground zero of that trauma, evoking the imagery of a supernatural force to help us see the psychological trauma that lingers on with a life of its own – at the time of the story – a 250-year genocide.

As I stood atop the Big Dam Bridge, imagining the bountiful life on that farm run by Black families, I never thought to look for the characters portrayed in beloved.

I never thought to look for Baby Suggs.

The mother-in-law of the protagonist, and a matriarch of the new Black community, Baby Suggs sacrificed the best of her body and life to cotton and whips and breast-feeding white people’s white children.

Before reading “Beloved,” I could not have seen the chronic and lasting depression that plagues America’s Black communities and feasts on the friction between a person’s ability and their opportunity, or between their needs and the resources available to them.

Nor could I see the psychological struggle of the protagonist, Sethe, a young mother forced to surrender half of her children to slave traders, and shattered by the rape of her maternal dignity by sex-starved and power-drunk white boys.

Schizophrenia took hold of Sethe and she killed her two year old daughter so the child would not die in slavery’s cruel chains.

PTSD appears plainly in the character of Paul D.

He carries so much trauma on his shoulders, from the lasting smell of his friend Sixo’s flesh as he is burned alive, to the indignity of suffering for weeks with a horse’s iron bit wedged deep behind his back teeth. He locked away his feelings in a rusty tobacco tin, wandering from town to town to refuse them the opportunity to escape.

Depression, PTSD, and schizophrenia were the reality, and the inheritance, of emancipation.

These psychological states were molded into Black Americans by the ceaseless suffering, torture, rape, murder, and depraved indignities of white men and women, before and after slavery.

Emancipation was merely a word, the phrase “you are free” painted over layers of chronic and inter-generational mental illness.

Since Emancipation, politicians, police, and white men and women in general have re-fired the kiln of psychological trauma, stoked its fire with lynchings, and fanned its flames with disenfranchisement and segregation as they worked to institutionalize white supremacy.

“Beloved” paints a story around the origins of the psychological trauma carried by Black America.

White characters are sparse in “Beloved.”

When we appear, we take, rape, burn, beat and murder, always without consequence. After Emancipation, we don’t stick around to heal, validate, or bear witness to the psychological trauma our purposeful genocide seeded among the emancipated. We just go on with our lives, blissfully unaware that Emancipation was but the first battle in the war for abolition.

The contrast between Black and white characters in “Beloved” is stark.

Black characters reckon with the legacy of slavery and emerge with a sliver of a possibility for hope and redemption. White characters never reckon with, no less make amends for, over 5 centuries of psychological trauma inflicted on Black America.

Though set hundreds of years ago, “Beloved” presents an apt painting of today’s reality in America.

Indifference, and an unwillingness to make things right, are the birthright of whiteness.